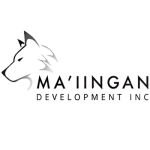 Ma’iingan Development Inc. is the newly incorporated economic development entity whose goal it is to secure economic and social prosperity for Kiashke Zaaging Anishinaabek (Gull Bay First Nation). This is accomplished through partnerships with Ontario Power Generation (OPG), Indigenous Clean Energy Planning (IESO), Education and Capacity Building Program and the Indigenous Energy Projects Program. These partnerships will also include the training and education needed to ensure that Kiashke Zaaging Anishinaabek (KZA) members will have every opportunity to participate in joint ventures and to create lasting changes for our community members, both on and off the reserve.

KZA is one of four First Nations communities in Ontario that are considered to remote to be able to be connected to the provincial grid economically. The micro grid is expected to be in service for 20 years when maintained properly.

OPG coordinated government funding, managed procurement and construction, and provided the remaining capital investment. KZA now owns and operates the facility and OPG will have access to data from the micro grid, which will provide useful “proof of concept” information for future micro grid deployments.